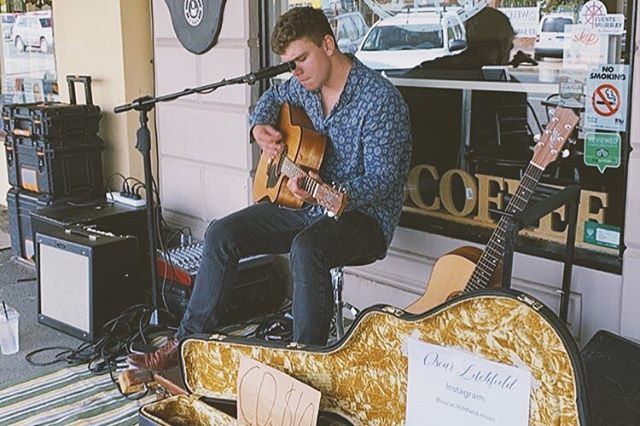 Oscar Litchfield is a talented Singer/ Songwriter & Guitarist from the NSW Snowy Mountains. He is playing shows throughout the NSW far South Coast, Snowy Mountains & surrounds over January & February 2020

Playing & writing songs from a young age, Oscar has always felt the need to craft music.
During his early teenage years, Oscar began to pair his guitar skills, with vocals. Pairing the two opened up a whole new world of songwriting freedom, that he has been exploring ever since.

In August, his new & current single ‘Places’ was released, foreshadowing his coming months on the road.

From September – December 2019, Oscar embarked on his first National tour, exploring his own backyard through New South Wales, Victoria, Tasmania, South Australia & Western Australia.
The tour has also been a catalyst of many new songs, penned while on the road.

2020 promises new music & a lot more touring throughout Australia. Oscar’s main goal is to simply “stay on the road, release new music & play live for as long as possible”.

Any persons entering The Alpine Hotel, Cooma agree to comply with the following “Conditions of Entry”, that have been implemented in accordance with the current NSW Public Health (Covid-19) Order relating to this premises for the purpose of keeping patrons and staff safe.  All Patrons attending this licensed premises shall;

Failure to comply with any or all of these conditions may constitute an offence under the Public Health Order and the licensee, their staff or agents reserve the right to remove from the premises any patron not adhering to these conditions under Section 77 of the Liquor Act 2007.